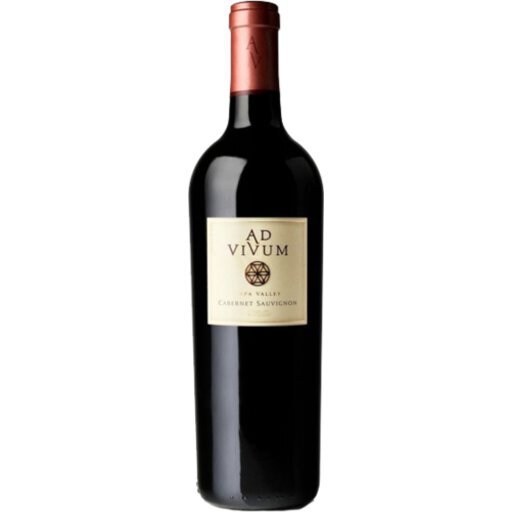 AD VIVUM is a story of a special vineyard, a seasoned winemaker, a meticulous farmer, and Mother Nature. AD VIVUM is a single-vineyard, 100% Cabernet Sauvignon wine crafted by Chris Phelps, a long-time Napa Valley winemaker who has earned a reputation for his ability to consistently produce unique wines that honestly reflect the terroir of their vineyard origin. After many years of searching, Chris was introduced to Sleeping Lady Vineyard just south of Yountville by owner/farmer Larry Bettinelli, a fifth-generation farmer with a mission to do whatever it takes to grow Cabernet Sauvignon at the highest level. Chris & Larry had already collaborated on many small-lot experimental wines, starting in 1990, as Larry researched trellis design, clones, rootstocks and other key vineyard design features. After several years of collaboration and experimentation with Sleeping Lady Cabernet, Chris knew for sure that this vineyard was not just one more Napa Cabernet vineyard – rather, it was simply some of the most exceptional vineyard ground in Napa Valley. Based on this knowledge, he made the commitment in 2007 to begin his own winemaking project. Chris knew his new venture needed a name as big as the wine it represented - and that is where Mother Nature intervened. Chris found the inspiration from a personal experience in 2005 that further drove his passion for life and his love of winemaking – being struck by lightning and living to tell the story. Bringing together the Latin words AD (toward) and VIVUM (Vivere, to live + Vinum, wine) AD VIVUM was born – quite literally, in Chris’ mind – as the mystical intersection of wine and life. AD VIVUM, where wine and life meet.

Don't Stop Til the Beat Drops: The Effect of Micro-Vibrations on Wine Quality During Storage

Well hello there!  Its been a minute! Ive missed writing very much, and think I may finally be coming out of the mental fog Ive had these past several months.  Heres to fresh starts! Today Im going to talk about… Read more → The post Don’t Stop ‘Til the Beat Drops: The Effect of Micro-Vibrations on Wine Quality During Storage appeared first on The Academic Wino . ...
>Read More

What IS Local Wine Anyway?: A Study on Defining Local Wine to Wine Consumers in Ontario

This post highlights and summarizes a new research article on how consumers define local wine. Read more → The post What IS “Local Wine” Anyway: A Study on Defining “Local Wine” to Wine Consumers in Ontario appeared first on The Academic Wino . ...
>Read More

Any/all of the links on this website are affiliate links of which WorldWineHQ.com receives a small commission from sales of certain items - but the price is the same for you.